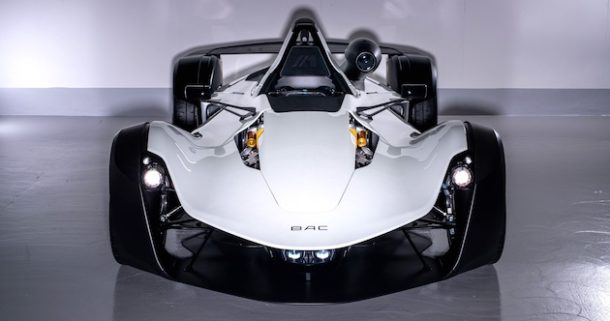 NAA Update: The NAA meets the Minister for Business and Industry!

In last month’s update I spoke about the disappointing news of Ford’s proposed closure of the Bridgend engine plant which its union, GMB, says will result in the loss of 1,700 jobs. Unfortunately, Ford has since announced that its restructuring plans are to cut 12,000 jobs at its wholly owned facilities and consolidated joint ventures across Europe by the end of 2020, which is intended to bring the carmaker back into profit.

However, there have been some positive developments this past month, as NAA member Vauxhall has announced its intention to manufacture the next generation Astra at Ellesmere Port (and at its Russelsheim plant). The decision on the allocation to the Ellesmere Port plant will be conditional on the final terms of the UK’s exit from the European Union and the acceptance of the New Vehicle Agreement, which has been negotiated with the Unite Trade Union.

These developments emphasise the need for some political certainty around Brexit, regardless of who is leading the government in a fortnight’s time. The sooner ‘no deal’ is taken off the table, the better off the UK automotive sector will be. I shared these exact sentiments with Andrew Stephenson, the current Minister for Business and Industry, at a recent Business Leaders Event co-ordinated by Businesswise Solutions, the NAA’s energy partner. Andrew was the keynote speaker, and spoke openly about the limitations over the coming months prior to the Brexit decision, but emphasised his commitment to the Sector Deal that has been set out by Greg Clarke, should he remain in position as part of the new government structure. It was also refreshing to hear Andrew, who proudly hails from East Lancashire, speak about how he sees progress being made in the devolution of power away from London and towards the North.

Andrew also requested feedback about the NW Made Smarter pilot, as one of the key decisions his team will be making prior to October is whether or not to extend the programme out to the rest of the UK. I would ask for the members to please share their feedback and interactions with the programme directly to me. The NAA will be supporting a Made Smarter skills workshop later this month via the Automotive Council, which will play a role in this decision. Find more information here on how to develop digital skills in your business.

On the topic of funding support, Innovate UK has last week launched ‘Driving the Electric Revolution’ (previously known as the Stephenson Challenge), which aims to build £5bn more power electronics, motors and drives (PEMD) products in the UK by 2025. This is a cross-sectoral programme looking to build the capabilities in the supply chain over the next 5-6 years with industrial investment from marine, aerospace, automotive and rail and energy required.  More information can be found through contacting matt.boyle@innovateuk.ukri.org

Linking in with the concept of developing the electric vehicle supply chain, another item of recent news was that Jaguar Land Rover is to build electric cars in the UK, starting off with the new XJ – read the article. Although this manufacturing is happening in the Midlands, the NAA will be working to explore what supply chain opportunities there are for businesses in the NAA region – so are you ready to supply into the EV supply chain? If not, please come and speak to me.

And still on the electric theme, this month also saw the Goodwood Festival of Speed, where VW’s pure-electric ID.R prototype racing car recorded the fastest time ever up the famous hill climb course – amazing stuff! NAA member BAC also revealed the stunning new Mono R which is 25kg lighter than the Gen2 Mono, and boasts an extra 35bhp in an engine that is the highest normally aspirated specific output of all time for a road-legal model, with its 2.5-litre unit delivering 136bhp per litre. A fantastic achievement for all of the BAC team! It was also fantastic to see NAA members CCM, GEFCO, Helical and Morson’s exhibiting at the event alongside the larger Vehicle Manufacturers!

I would also like to signpost the following upcoming events:

One other item of news is that the NAA has won the Corporate Vision magazine ‘Best Automotive Support Services Award’ for 2019. This is a great achievement for the NAA team; the NAA also came out top in a review of support organisations a few years ago, so we must be doing something right!

I would like to welcome ULEMCO and PPI Adhesive Products as the newest members of the NAA network.

And last but not least, we won’t be publishing an August e-newsletter because it’s peak holiday season, so please look out for all NAA news and updates next month on our Social Media pages, Linked In and Twitter